Wharton Stories » Dean Garrett on Why Trade Isn’t the Biggest Issue Between the U.S. and China

Dean Garrett on Why Trade Isn’t the Biggest Issue Between the U.S. and China

“If I think about the two bigger economic issues than trade, they are market access and innovation — who’s going to control innovation in the 21st century.”

Following Wharton’s third Global Forum in Shanghai, Wharton Dean Geoffrey Garrett spoke with Phoenix Television’s Fu Xiaotian in Beijing about the current U.S.-China dynamics. Below is an excerpt from the interview.

Fu Xiaotian: You call what is happening between the U.S. and China “manageable, orchestrated trade skirmishes.” What do you mean by that?

Dean Garrett: “Skirmish” means that trade really isn’t the biggest issue between the U.S. and China, so I might use a different word and call it a “sideshow.”

Trade is a sideshow?

Tariffs are a sideshow. The trade imbalance between the U.S. and China is mostly about macroeconomic issues, the difference in consumption rates between the two countries. But if I think about the two bigger economic issues than trade, they are market access (market access for American and foreign multinational firms in China) and innovation — who’s going to control innovation in the 21st century.

You mean what’s going on, essentially, is about innovation — who is going to lead innovation?

Yes, and I think this is something that everybody in China probably appreciates, but I don’t think people outside China do as well. In China, since its opening in 1978, I think we’ve had three different Chinese economies already. The first one was China as low-cost assembler, manufacturer, exporter to the world; the Guangdong factories of the 1980s, [which were] labor intensive. But then the second one, which American multinational firms really benefit from today, companies like General Motors or Apple, is the size of the Chinese market. Having 500–600 million middle-class consumers — that’s a global phenomenon.

But then we have the latest China, which is China as a cutting-edge innovation economy. I think some of that has been top-down, like high-speed rail, government subsidies for electric vehicles, but some have been bottom-up as well, and there I think about mobile payments with Alipay and WeChat Pay being globally dominant, with the American players being much smaller. That’s all happened in a very short period of time. And I think it’s hard, unless you’re watching very closely, it’s hard to understand all of that.

Is it hard to understand or hard to accept?

Both. Understanding must come first. I think that’s the biggest problem in the U.S. right now. People believe that the trade deficit is like a win-loss record of a soccer team. Exports are good, imports are bad, so if you have more imports than exports, you’re losing. But in the global economy — with global supply chains, global distribution network — that makes, in essence, no sense.

How do you think America and China should deal with each other? Is America ready to take China as an equal competitor?

Psychologically it’s very difficult, clearly. I often joke [that] in America, you can buy these foam fingers — “we’re number one” fingers. There’s no “we’re number two” finger. That doesn’t happen. Americans think that for 150 years, the U.S. has been the dominant player on the world stage. But I think going forward, obviously the world will be much more balanced in the 21st century. One thing I often try to remind my American friends is that actually the rise of China is more like the re-rise of China, because if we go back, before the industrial revolution, China was the largest economy in the world, it was the most innovative economy in the world.

Really interesting question: why China missed out on the industrial revolution. But I think that’s a question for people in China to think about. What we need to remember in the West is that the dominance of the Asian economy and the dominance of China within Asia, that’s been most of recorded human history, that’s been the case. So we’re returning to a place where China plays a dominant global role. This is not the first time. Americans don’t see that, because our historical view is so short-term. You know, the Wharton School is in Philadelphia — we really think that history began in 1776. [China] had had so many dynasties before that for thousands of years.

Watch the full segment of the Dean’s interview on Phoenix TV. 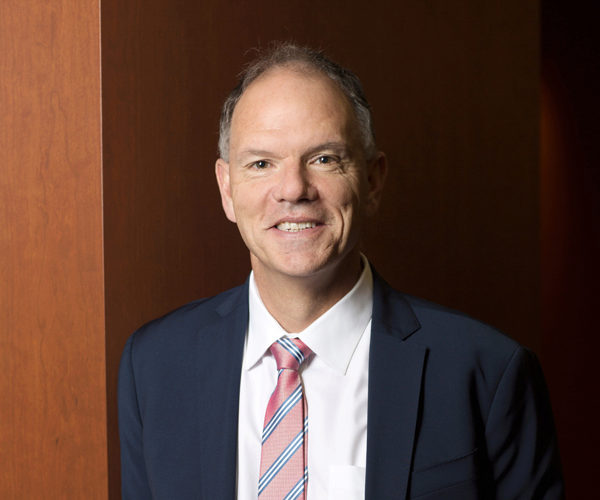