Wharton Stories » How the Financial Crisis Led This MBA Student to the U.S. Treasury

How the Financial Crisis Led This MBA Student to the U.S. Treasury

“It seemed like all the eyes of the financial universe were focused on Washington and what the policy response would be to the Great Recession.”

Will Fields, WG’18, is a living example of how to make lemonade out of lemons. As he was beginning his senior year as a business administration major at Morehouse College in the fall of 2008, Will — buoyed by his experience interning at Merrill Lynch the previous summer — had high hopes of moving to New York and embarking on a career in finance. The onset of the financial crisis, however, dashed those aspirations.

With investment banking jobs suddenly few and far between, Will was forced to reconsider his career direction.

“I applied for an internship with the Senate Banking Committee thinking that that was at least an opportunity to leverage my background in finance,” Will recalled. At the time, he didn’t fully appreciate what a terrific opportunity it would be. As the financial crisis dragged on, though, he realized the most critical economic activities were happening in Washington, not New York. As Will described, “it seemed like all the eyes of the financial universe were focused on Washington and what the policy response would be to the Great Recession.”

For three years, Will worked as a legislative assistant for the Senate Banking Committee, which put him on the front lines of drafting the key legislative response to the crisis: the Dodd-Frank Wall Street Reform and Consumer Protection Act. He worked primarily as part of a three-person team on Title VII and Title VIII of the act, which focus on ensuring transparency, stability, and accountability within the derivatives and clearing markets. He also was part of the team responsible for overseeing the rulemaking and implementation of Dodd-Frank’s Volcker Rule, limiting proprietary trading by commercial banks.

Will found it very rewarding to be working on a massive law that would directly impact the stability of the American financial system, but after three years, he was eager “to get a different perspective on the issues” and was able to transition to a new position at the U.S. Treasury. At Treasury, Will first served as a policy analyst for the Financial Stability Oversight Council (FSOC) and later as a special assistant to Counselor Antonio Weiss, serving as one of his primary advisors as Treasury tackled issues such as market liquidity and the Puerto Rican debt crisis. Moving from the legislative branch to the executive branch allowed him to get more deeply involved in the implementation of Dodd-Frank.

“For example, at the Banking Committee I worked on how to craft the responsibilities of the FSOC; by moving over to Treasury and working within the FSOC, I was able to see how those responsibilities were executed firsthand,” he said.

The work was intense.

“I know the hours that I put in at both the Banking Committee and at Treasury were commensurate with those of a first- or second-year analyst at an investment bank.”

The fact that President-Elect Donald Trump has pledged to repeal Dodd-Frank therefore is, to say the least, “a bit disheartening,” Will conceded. “I know that at its core, the mission of Dodd-Frank and its central tenants are actually very popular with the American public—a lot of polling data shows this.” But he also thinks it “will be a lot harder than many think to wholly repeal the law,” given that the banking system has already integrated Dodd-Frank into its compliance structure.

Regardless of what happens with the law, though, Will is not deterred from planning to re-enter the policy arena, in some capacity, after finishing his MBA. At the same time, he appreciates the fact that the MBA will allow him to pursue other endeavors if he wants to take a few years off from policy work in DC.

“I think that I would like to work within the policy department of a large corporate entity, or work within philanthropy,” Will said. “But much like my desires to pursue investment banking opportunities in 2008, I know that these goals may change.” 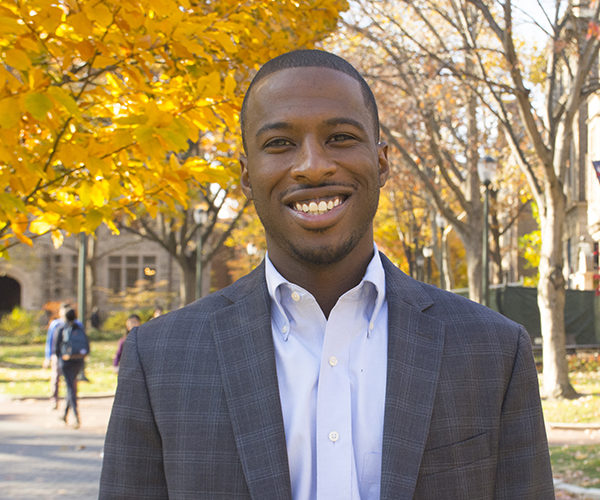