“We were willing to go abroad and fight for American values, but now that we are home, we want to continue protecting those values.”

After five years in the U.S. Marine Corps and several years of consulting for the Department of Defense with Booz Allen in Washington, DC, Sarah Feinberg, WG’15, still had public welfare on her mind. After earning her MBA from the EMBA program in Philadelphia, Sarah made a big career change, becoming a finance manager for The Washington Post. In her personal life, she and her family housed an Afghan family through a refugee resettlement program.

For Sarah, who is active in the volunteer group Veterans for American Ideals, these threads are intertwined.

“I wanted an MBA to learn how to prevent war through non-military factors like trade, economic freedom, student visa programs, and strategic investments. I came to Wharton because it is the best business school,” said Sarah.

Working at the Post is a way to make a difference. “It’s very important to have access to real information and The Washington Post is one of the few trustworthy news sources on both sides of the political aisle,” she said. “The press is the last check in a free society against corruption. I wanted to bring my Wharton education to this organization to support its efforts to make real news profitable through financial strategy, analysis, and planning. For the first time in years, the Post was profitable in 2016.”

Sarah also is helping the newspaper transition to the digital age in a way that is financially sustainable. “Since Jeff Bezos bought the Post, he has invested in engineering to become a tech and media company, creating a runway for the decline of the newspaper and transition to the digital age. We have almost 300 engineers who have developed a digital platform that serves us as well as other news sources so we are helping the whole industry in this transition.”

She added, “An issue we are trying to counter is clickbait advertising, where an article is written to entice people to click on a link. We are looking to grow our digital subscriptions so we are not dependent on that clickbait mentality. Our reporters shouldn’t have to think about finance or who will click on a link when they write their articles. Their articles should be written because the topic is worth writing about and is something the country and world should know.”

Sarah credited her quantitative and financial knowledge — hard-earned at Wharton — with getting her job at the Post. “I never would have gotten this job much less known how to approach it without the knowledge from this program.”

Representing Veterans in Work with Refugees

Although Sarah has worked in the private sector for seven years, she is active in Veterans for American Ideals (VFAI), whose current campaigns include preserving the Special Immigrant Visa program for interpreters and translators who served with the U.S. military, protecting refugees, and countering Islamophobia. In January Sarah participated in a VFAI event called Veterans and Muslims United Against Hatred at the Ahmadiyya Muslim Community in Baltimore, and she was recently featured by VFAI organization for her work with refugees. (Watch the Veterans for American Ideals video about Sarah’s efforts.)

She explained that this group seeks to be a “civilizing voice” in communities for American values. “We were willing to go abroad and fight for American values, but now that we are home, we want to continue protecting those values.”

Sarah recalled how the Paris attacks happened while she was at an alumni event in 2015, leading to discussion among her classmates about the effect that would have on refugees. “I realized that this would have a major impact and that the only way to change people’s minds on this was to humanize refugees.”

She decided to take action. At the time, she and her husband had put their condo on the market to move into a bigger house to accommodate their growing family. They had a four-year-old son and newborn twins. However, rather than sell the condo, they decided to keep it and host a refugee family there through a resettlement program. Her church donated furniture and stocked the condo with toys, food, and clothes. Sarah and her family moved into a home around the corner.

Within a week, a family from Afghanistan moved into the condo with three kids. The family received refugee status because the father served as an advisor and interpreter to U.S. and NATO forces in Afghanistan. His children were threatened and they lived in hiding for over a year before receiving visas to come to the U.S.

Now, they attend school with Sarah’s older son at a local public school and the families celebrated Thanksgiving together last fall. “It’s exciting to see how putting a face to the term ‘refugee’ or ‘Muslim’ changed the perceptions in our community about accepting people from other nations, religions, and cultures.”

Being a “Non-quant Person” at Wharton

Looking back to her time at Wharton, Sarah herself sometimes felt a bit like a fish out of water as a non-quant person. She said, “I struggled at times to keep up with my peers who came from the finance industry, but it forced me to immerse myself in the EMBA curriculum and I learned much more than I ever expected.”

She said, “I now use that knowledge to communicate, in financial terms, operational efforts and innovative technologies that are often seen as costs rather than revenue opportunities. That struggle also taught me to be humble going into new situations and put in the work to get stronger and better at understanding the unique needs of the business.”

Sarah appreciated how the program embraces entrepreneurship and innovation, weaving those themes into the curriculum. “Some people may think Wharton is a stuffy finance school, but it’s one of the most forward-thinking institutions. It realizes that finance is changing and professionals need to be more innovative with problem solving and collaboration.”

She added, “The confidence I got from Wharton lets me think critically and innovatively when it comes to important questions we face whether it’s in the finance world at work or in the broader community to make a difference.” 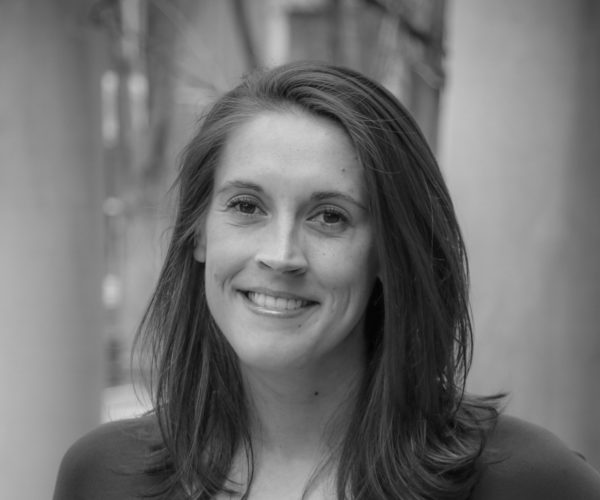 Prior Education
B.A. in Politics, Philosophy, and Economics 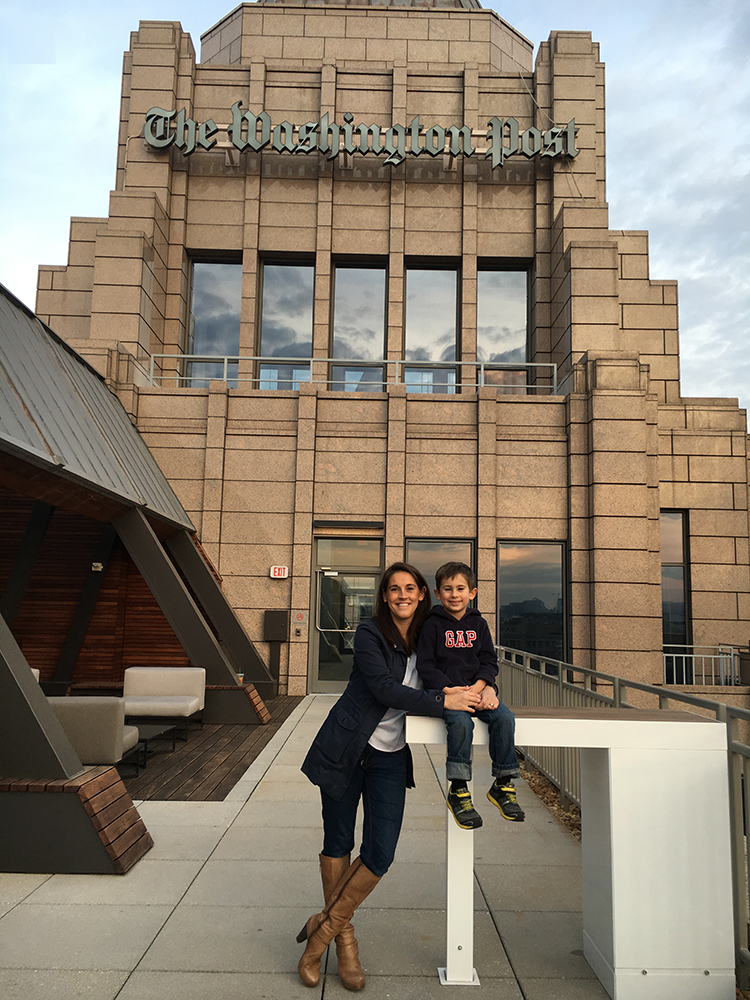 Sarah Feinberg and her son at the Washington Post building