Eric Tse, W’18, shares how he brought together top Chinese leaders and 1,500 students from more than 85 cities across the country and the globe for the Penn Wharton China Summit. Now he is continuing to create connections with China as a Schwarzman Scholar and CEO of an international employment firm.

Featuring Chinese luminaries such as Jun Lei, Shiyi Pan, and Jizhong Zhang, the annual Penn Wharton China Summit (PWCS) has emerged as one of the most widely attended conferences focusing on China in American academia. And it’s only in its second year.

The three-day event integrates networking sessions, a career fair, and speaker panels that feature thought leaders from a diverse range of industries in China, including real estate, finance, technology, media and entertainment, art and fashion, and social innovation.

Its sphere of influence extends beyond the United States. Along with more than 30 other media outlets and newspapers, China Central Television (CCTV), the predominant state television broadcaster in China, has covered PWCS.

The student-organized summit began as the brainchild of Eric Tse, W’18. When Eric first enrolled at Wharton in 2014, he wanted to do something special. “Something that I would do better as a freshman than a senior — I wanted to see my initiative through college and leave a legacy behind,” he said.”As an international Chinese student, I thought it was best to serve my immediate community.”

Born in Seattle, Eric went to primary school in Beijing and finished his secondary and high school education in Hong Kong. He recalled the support and encouragement that he had received and wanted to pay it forward.

“My parents, seniors and elders genuinely believed in my potential and helped me without expecting any return,” he said. “By the time I was 19, I was thinking about how I could deliver the same positive energy and passion to the people around me.”

The result was PWCS, which Eric co-founded with classmate Lisa (Xingyi) Wang, W’18.

They faced a number of challenges on their journey to making the summit a reality. At the inaugural summit in 2016, volunteer management was a big one. “For the first day, all the volunteers were there. By the last day, only half were left, but the most committed volunteer became our operation department director for the 2017 summit,” Eric said.

They turned this challenge into a strength by reshuffling their organization and instituting a training program for volunteers that required greater commitment. “During the second annual summit in 2017, the 50 volunteers became the core power and everyone stayed until the end. A lot of those who will not be graduating also chose to join the team this year,” he said.

Reaching out to top Chinese leaders and pioneers across industries required determination and persistence from the team. “We sent hundreds of direct invitations through WeChat, LinkedIn, Facebook, email, and more,” Eric explained. “The best thing that you can do is to find an entrance ticket to any ball, banquet, or interview. After that, you have to demonstrate your abilities and genuine intent in helping other Chinese international students.”

Eric also highlighted the importance of face-to-face communication in inviting speakers to participate. He once took a flight to Qingdao just to meet with a potential speaker for 20 minutes. “Mostly, we encourage committee members to talk to the prospective speaker in person,” he said. “There’s a much larger chance they would accept the invitation this way because you can be more convincing in person.”

Getting Support from the School

As a student-run event, one of the most critical factors for success was garnering school support. This is where the Penn Chapter of the Global China Connection (GCC) and the Penn Wharton China Center (PWCC) came in.

GCC is the world’s largest nonprofit student organization committed to building China’s future youth leaders and the international community exchange platform, while the Beijing-based PWCC provides on-the-ground support for the growing number of programs and collaborations between Penn’s 12 schools and many academic, government, and business partners throughout China.

These partners enabled the students to build important relationships and get the word out about the new summit to a larger audience of stakeholders and potential attendees. In particular, Eric said the Summit received strong support from PWCC Director and Professor of Marketing Z. John Zhang, and Wharton Dean and Professor of Management Geoffrey Garrett. Dean Garrett, an expert in the political economics of U.S.-China relations, participated as a speaker at both the 2016 and 2017 summits.

“Better U.S.-China relations are better for China, they are better for the U.S., but they are also better for the world. So this event is a productive element in an engagement strategy that is bound to be good for us all,” he told China Radio International, referring to the Penn Wharton China Summit.

Eric also valued the relationships he forged with the speakers at PWCS, some of whom he’s visited when he returns to China. “When you start a relationship with a speaker at this point in time, they are likely to become your lifelong mentor,” he said. “They get excited about meeting and sharing their perspectives with students too. After achieving fame and fortune, they are also interested in passing down their knowledge to future generations.”

With his final semester over, Eric has implemented standards to ensure the succession and success of PWCS. For example, the president must be a junior who has been in the organization for at least two years. “This means that the past president can readily provide guidance and connections to the future organizing committee as a senior,” he said.

Following the model of the successful PWCS, there has been an increase in the number of Chinese summits at U.S. schools across the country. In response to the resulting competition for speakers and resources, Eric established the China Summit Foundation in December 2016.

This non-governmental organization with 501c3 status coordinates and shares speakers and resources among schools. Furthermore, any gains from PWCS sponsorship are channeled there to support educational and cultural initiatives launched by international students.

Soon Eric will be taking his mission one step further. This June, he joined Liepin North America, a career service platform that supports jobseekers with international backgrounds and assists Chinese companies that are going global. He will assume the role of Chief Executive Officer upon graduation.

“With PWCS, I created a platform to encourage students to return to China. But at the same time, I haven’t created an actual path to help them,” he said. “With this new role, I can connect international students with career opportunities in China and continue serving the student population back in the States.”

In September 2018, Eric will embark on the next leg of his educational journey in Beijing as a Schwarzman Scholar. More than 4,000 people applied to the highly selective program for students who have demonstrated exemplary leadership qualities, along with the potential to bridge and understand cultural and political differences. Eric was one of 142 recipients who were selected for the elite scholarship.

With this scholarship, Eric will join a cohort of other top students from 39 countries around the world to learn more about China’s role in global trends at Tsinghua University. An ardent advocate of cross-cultural understanding, Eric believes the relationship between Penn and China will continue to grow closer with time, with Chinese students forming a growing proportion of students at Wharton and Penn. Likewise, he shares the same sentiment about the relationship between the U.S. and China.

He likened the relationship between the two global powers to coffee and tea. “Both help to clear and awaken your mind even though they each have a distinct flavor,” Eric said. “They don’t have to conflict. There’s a synergy between them and they can work well together.” 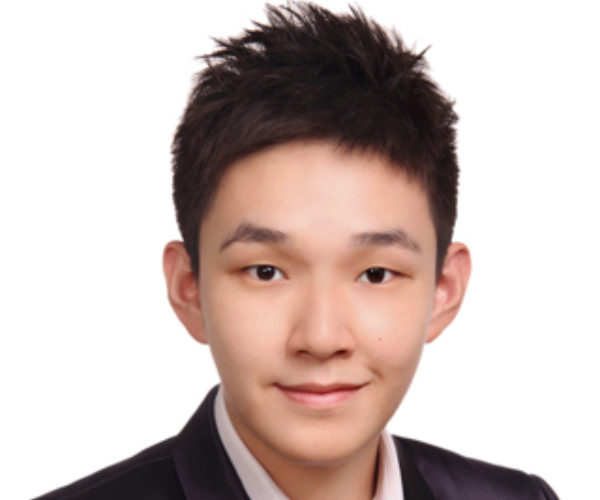 At Wharton
Co-chair, Co-founder, and Head of the Outreach Committee for Penn Wharton China Summit