“Because Wharton is very welcome to the idea of students taking courses and collaborating with professors outside of their core department, I have been able to make great relationships with professors and students across both of those disciplines.”

Kyle Myer’s road to a PhD began with a undergraduate geography class at Penn State — more specifically, a lecture on John Snow, the 19th-century physician who essentially created the field of epidemiology by plotting cases of cholera on a map and noticing they clustered around water sources.

“At the time, I was a biology major and while I had lost interest in laboratory science, I was still enthralled by these contributions that science can make to society,” he said.

Soon after, Kyle joined the master’s program at Penn State’s Health Policy department and went to work at the Centers for Disease Control and Prevention in Atlanta.

There, he helped manage a large portfolio of research projects that dealt a lot with industry interactions and became intrigued by the “science of science” — that is, how to manage and allocate resources to scientists.

Should we just give them money and hope for the best? Should we tell them exactly what to do? Are the research projects we’re paying for even valuable?

“I had considered the possibility of a PhD even in undergraduate, but it wasn’t until I started to get excited about these particular questions that I thought it would be a worthwhile and fun pursuit,” Kyle said.

Initially, Kyle largely applied to schools of public health or public policy, which he said were natural places for him to align with, given his background in health policy.

“As I continued my search, I came across Wharton’s Health Care department, which was uniquely positioned within the business school,” he said. “After visiting with the faculty, I was excited by the density of researchers the department provided.” Most of the other departments he was considering only had one to three faculty who he felt aligned with in terms of disciplinary and research interests.

“At Wharton, the entire department was conducting research I was interested in and had subject knowledge on virtually the entire health care market,” he said.

Collaborating Across Departments and Disciplines

Kyle’s dissertation committee is actually split between two departments, Health Care Management and Economics and the Management department. As he began to narrow in on his own research topics, Kyle said he realized that he was interested in a space that overlapped quite a bit between what is traditionally thought of as “economics” and “management.”

Kyle said, “Because Wharton is very welcome to the idea of students taking courses and collaborating with professors outside of their core department, I have been able to make great relationships with professors and students across both of those disciplines.”

A Place to Talk About Innovation

Kyle’s friend Andrea Contigiani originally came to him with the idea for the Mack Institute Doctoral Association Seminars (MIDAS). “Innovation” is a word that many people reference when discussing their research, but because it is a broad and relative term — and a topic explored by many disciplines — it is difficult to become familiar with the important issues in this area.

The topic is not a core discipline or subject area of business schools, and for that reason, it is not uncommon for one or two students from each department to express interest in the topic but lack an outlet to discuss their early research ideas (most seminars are department-centric).

“Now that we’ve had almost two years worth of meetings, we continue to grow in numbers as students early in their time at Penn know we are the group to come to if you want to start talking about ‘innovation,’” Kyle said. “And because we’re focused on providing a low-cost, low-pressure setting for students to present their ideas, we actually embrace the ambiguity of innovation research.”

“My favorite part of MIDAS is when a student is presenting a new, developing idea and another student  from a different department says something along the lines of “Oh! Actually, there’s one or two really great papers in my discipline related to your idea that I think will help frame your research question,” he said. “By simply bringing everyone together with pizza and good discussion, we can make a lot of useful connections across disciplines. It’s fantastic.” 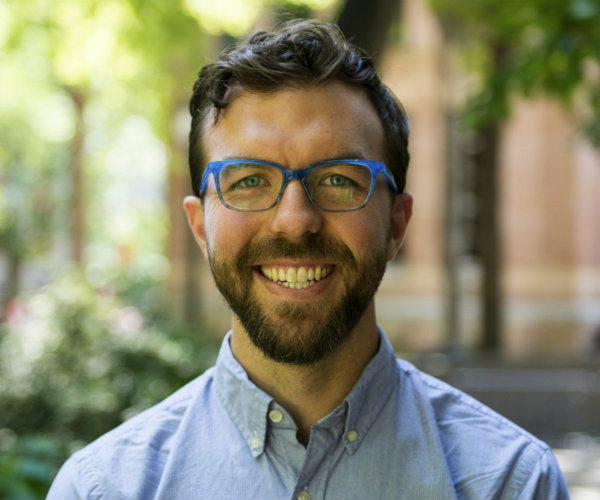