“If you’re a parent considering this program, remember that you are already an expert at balancing work and home. You know how to prioritize. Once school is added onto your plate, you figure it out.”

“If you’re a parent considering this program, it’s common to hear people talk about the importance of scheduling and getting support in place. Those things are very important, but it’s also critical to remember that you are already an expert at balancing work and home. You know how to prioritize,” she says. “Adding school to the equation is only different to the extent that it’s something you are affirmatively seeking rather than something thrown your way. Once school is added onto your plate, you figure it out.”

Holly figured it out by setting up a study schedule based on whether it is the week before or after a class weekend. She explains, “I spend evening hours after a school weekend catching up on work, and the evening hours the next week on school. You find your own way to balance everything.”

Another thing to “figure out” was her commute from Oregon. Living 1.5 hours from the Portland airport, she often leaves for class weekends on Thursday nights to avoid waking up at 3:00am to catch a Friday morning flight. And she tries to stay after classes on Saturdays to join her classmates for dinner before catching a flight back to Portland.

“I want to get as much out of this experience as possible and that means being well rested for class and spending time with my classmates. While I can’t go to all the social activities, I try to participate as often as possible,” she says.

The Value of an Expanded Network

Being immersed in the program and forming deep relationships was a priority for Holly, as that was her main reason to come to Wharton.

She says, “I already had nursing and law degrees and didn’t specifically need an MBA for my career as a lawyer. I wanted an MBA to get new perspectives and an expanded network. I came to Wharton to join a diverse group of people looking to challenge themselves,” she says.

Holly says that she only applied to Wharton’s EMBA program in San Francisco. “If I couldn’t go to Wharton, then I wasn’t going to get my MBA.”

Despite her certainty about Wharton being the right program for her, she still needed to decide about self sponsorship. “I had barely paid off my nursing and law school loans, and flight costs would not be insignificant,” she says.

To help her with that decision, Holly asked current students at information receptions how they determined the ROI. “Everybody said that you first need to decide why you are going back to school and what you want to get out of it. They shared their own reasons and explained how they found value.”

She decided to go for it, but admits she came to the initial class session – which was a joint weekend in Philadelphia – with some reservations. However, by the time she flew home, she knew she had made the right decision. “I thought back to all of the conversations I had with students over the weekend and knew I needed those intellectually inspiring discussions to sustain myself.”

Indeed, the highlight of the program so far, notes Holly, is her classmates. “They are cool people with interesting lives and I can learn from their experiences. I learn what is on the horizon in other industries and see how that is relevant to my area. They help me better understand the world.” 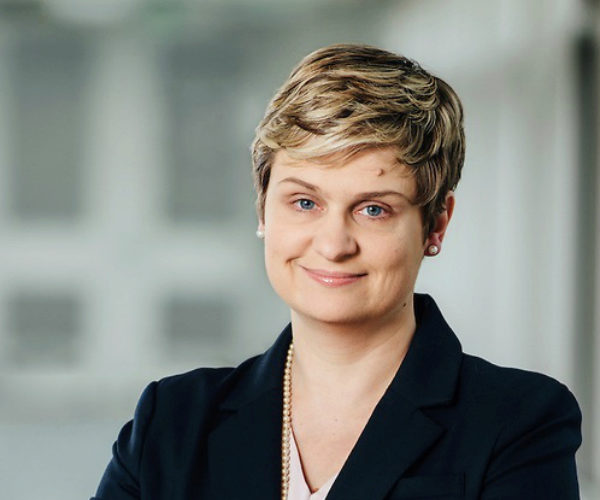 Read more about Holly on the MBA mama blog.