During his “walk-and-talk” office hours, Prof. Kartik Hosanagar connects with students outside the classroom in a unique way. The influential researcher and entrepreneur trades insights and conversations with students on his daily walking commute.

Prof. Kartik Hosanagar is always looking for new ways to connect with his students. Hosanagar, the John C. Hower Professor of Operations, Information and Decisions, is known for his sense of humor and his outstanding dance skills.

“One thing I generally try to do is not forget that I was once a student and hold on to a little bit of that,” he said. “Sometimes I go in on day one pretending to be another student, and say ‘I heard the professor isn’t any good.’ Then when I start teaching, they have this look.”

“I play some pranks — it’s a good way to connect. It’s important to break the ice.”

Hosanagar also has an unorthodox way of connecting with students outside of class through “walk-and-talk” office hours on his way home to Center City. His students can sign up to walk with him and discuss their ideas or just get to know the professor outside the confines of Huntsman Hall.

“It’s a mentoring kind of relationship. I highly value that time out of the classroom. It’s hard to create such hours in the office and so the walk serves as a more casual way to do that,” he said.

These walk-and-talks give Hosanagar the opportunity to learn from his students, and also for students to get to know him and get advice on career plans.

From Entrepreneurship to Academia

Hosanagar enjoys helping his students prepare for their long-term career paths because he understands the twists and turns along the way. He once planned to pursue a career in consulting or entrepreneurship before settling on academia and applying to a PhD program.

“Somewhere in the process, I started to realize how the work of a professor and its academic role were very entrepreneurial in the sense that you define what it’s meant to be, you can shape it into what you want.”

“While a good deal of our lives goes into research, I find that teaching is one where you see the reward immediately, where you teach for four months and you talk to the students and you can see how it affects how they approach things, which is really rewarding,” he said.

Hosanagar regularly draws on his first-hand experience in the startup world. In 2005, he co-founded Yodle, a company providing local online advertising and marketing services, along with two Penn undergrads. Yodle came along at a time when Yellow Pages advertising was giving way to Google searches, when online advertising was still in its infancy.

He had already created algorithms that generated useful Google search keywords for any company and then calculated the bid for those keywords in auction. He helped transform Yodle into a marketing platform, which was eventually sold for nearly $350 million to Web.com.

He continues to stay connected to the startup world. Hosanagar meets with student entrepreneurs regularly to give them feedback on their ideas, has served on advisory boards, and has been the seed investor of multiple student companies, including Monetate, RJMetrics, and Custora.

Hosanagar has also developed a bit of a niche among student entrepreneurs. “Given that I’m from India and have an interest in entrepreneurship, a lot of students come and talk to me about it — so much so that, based on the interest, I started a course called Technology and Entrepreneurship in India.”

It’s a Global Modular Course where he takes about 30 students from Wharton to India. They spend a week there at the campus of the India Institute of Management and many of the students, undergraduate and MBA, have moved back to India after graduation to pursue opportunities based on the network they’ve established there through the course.

“I work with a lot of startups on site at Wharton, and they tend to be at the cutting edge of technology,” he said. “These startups are a good way for me to understand what’s going on in this instant as opposed to what was hot last year.”

He also gets inspiration for new course content from working with the broader Wharton community. To tailor his course to students’ specific interests, he sets aside one or two sessions each semester for discussing topics that students can propose. Lately, artificial intelligence has been a crowd favorite.

While his expertise is in a constantly changing industry, he also tries to keep students focused on the long-term applications. “A lot of students are caught up in their next job. The immediate focus is the job interviews going on. So one of the things I try to do in the course is to give them a sense of what a career in technology or entrepreneurship might be like,” he said.

Hosanagar often brings in former students who have graduated five or 10 years ago to share what their career path has looked like. Some of these students end up in consulting or at a traditional technology company, but some start out in those industries and decide a few years down the line to start their own venture.

“Even if they aren’t working in tech right away — technology touches so many different industries and so many functions today. I try to make sure they get the distinction between building a career as opposed to finding a job,” he said. “Hearing people from different industries speak in a tech course gives the students a sense for how this is relevant from a long-term perspective.” 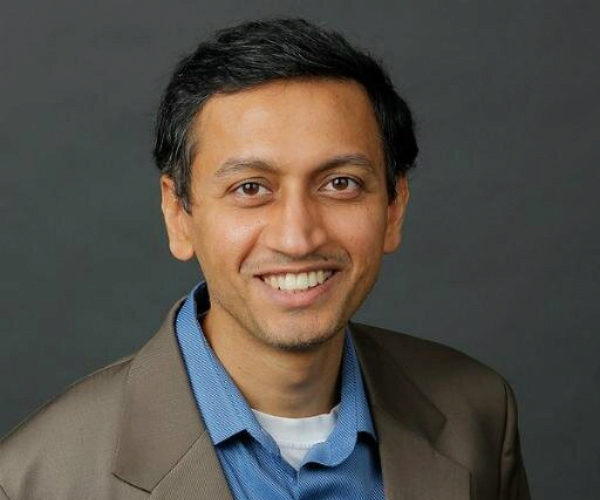 Researching the Impact of Algorithms

When he is not teaching, Hosanagar conducts research that reflects the latest trends of the tech world. He is involved in multiple research projects, but he currently focuses on the impact of artificial intelligence and algorithms, such as those making personal suggestions on Netflix or Facebook. He thinks that down the line, algorithms will not only suggest but make decisions for us.

Hosanagar’s recent research projects looks into the efficacy of the tools that businesses use to engage with their followers on Facebook. Interestingly, he and his co-authors found that the most engaging Facebook posts are those that contain “brand personality content” — humorous or emotion-provoking content. These posts got the most likes and shares.

Posts containing information about sales or deals did not receive much engagement despite the increasing number of clicks. Hosanagar theorizes that this lack of increase can be explained by social media users’ unwillingness to publicly associate themselves with posts that could make them look cheap.