Lindsey Cameron, assistant professor of management at Wharton, discusses key findings from her research on how drivers in the gig economy create “workplace games” to find control and meaning in their work.

In Wharton Social Impact’s “Research Spotlight” series, we highlight recent research by Wharton professors and doctoral students whose research focuses on the intersection of business and impact.

This month, we spoke with Lindsey Cameron, assistant professor of management at Wharton, about her research on workers’ experiences in the gig economy and how they turn their work into “games.”

Cameron: In many ways, gig work is not new. Think about the work our grandparents and great-grandparents did — agricultural and domestic work. This is all “OG” or original gig work. What explains the heightened interest in the gigantic economy today is the digital platform, or the app, that links workers and customers at a press of a button.

Gig work differs from what we consider traditional employment in two ways. First, these workers are independent contractors meaning that they are not in a fixed long-term relationship with the organization and that they have the ability to set their own hours and move between different platforms easily. Second, algorithms replace human managers in the management system in that they hire, fire, directly reward, and discipline workers. This can give workers less latitude and room for negotiations than they would have with human managers.

In general, who are gig workers and why do they choose gig work?

Cameron: My first answer is to say is that gig workers can come in all shapes and sizes. There’s high-end gig work where companies can “rent” an executive-level officer (think CFO) or temporarily hire specialized programmers, medical professionals, etc. My research focuses on less professional types of gig work — for example, IKEA furniture assembly, food and grocery delivery, and driving.

Workforce demographics vary for each platform, but I would say these workers are disproportionately people of color and they are dependent on this income. Even if they’re only working 15 hours a week, it’s to pay for essential bills such as the utility bill, health expenses, or child support. There’s a misconception that people are doing this work for truly discretionary expenses, like a trip to Hawai’i or just to get out of the house. This is true, but only for a small, small percentage of workers. Most workers, even those working only 10 to 15 hours a week, depend on this money, and they are piecing together an income from multiple side jobs. Moreover, these jobs provide some schedule flexibility and the ability to start/stop work when needed. And for those that are unable, don’t want, or cannot find traditional employment, gig work offers an important source of income. In particular, I am thinking about a driver who scheduled his shifts around chemo treatment. It was not an ideal situation, by far, but he was able to earn some of the money he needed through driving.

Cameron: Like so many others, my mother lost her job in the Great Recession. She was a middle manager at a call center. Throughout the six years it took her to find traditional employment again, I saw her work a lot of different gig jobs. More and more of the U.S. workforce is having to resort to this type of work. There is often a social safety gap and I wanted to learn how they navigate this experience.

Who did you study and how?

Cameron: In a nutshell, I’ve studied and roughly followed about 60 drivers for over four years. I interviewed them, asking individual questions such as why they began driving and what a typical day looked like for them. I also asked about their interactions with customers and the app. In future conversations, I followed up about their financial situation, how they navigated problems, how COVID affected them, and more.

I’ve also worked as a driver, taken rides as passenger-cum-observer, been on the forums, and observed meetings in organizing groups.

Your core finding is that on-demand drivers in the gig economy “play games.” What “games” do they play? Why are these games important?

Cameron: Gig economy drivers use “workplace games” as a mechanism of engagement. Through interacting with the customer and the app, individuals turn their work into games they find meaningful, can control, and “win.”

In the relational game, workers seek high customer ratings in the app. They play this game by providing positive customer service and by offering gifts and extra services. In the efficiency game, workers seek to maximize money per time spent driving. This means setting boundaries with customers and minimizing any “extra” behavior.

Each game resulted in engagement, with workers trying to “win” their various games. But I found that these games were associated with two different stances towards the work, with contrasting potential implications for retention. In addition to showing how these workers embed meaning-making in their gig jobs through games, my findings also help to explain why people remain engaged in a line of work typically deemed as less than ideal.

What should people interested in the social impact of business take-away from your research?

Cameron: One might argue that a business can have a positive societal impact by providing jobs for people who might otherwise find it difficult to secure employment — as long as those jobs are safe and meaningful for workers, open to all who are qualified without bias, and pay a fair and living wage.

Does the gig economy have a positive social impact in this sense?  I would say yes — but only sometimes. It depends on the platform company, the job, and the specific situation of the workers. I’ve talked to many workers struggling with health issues that made it impossible to keep a regular schedule. They talked about how gig work helped them “become a person,” in that the work provided needed income and a sense of personal worth and dignity. Yet all too often, these jobs do not pay a minimum wage let alone a living wage, and workers must shoulder other costs associated with independent contract work (such as a lack of workers’ compensation when injured on the job or a lack of health benefits). And management by algorithms can often be cruel and inhumane, holding workers to impossible standards. I am heartened by the many movements — whether by workers, organizing units, or the platform companies — to address some of these concerns.

Any advice or suggestions for those of us who use ride-hailing services?

Cameron: Basic moves: Respect your drivers’ professionalism. Say hello. Tip. Get out on the sidewalk side and don’t slam the door.

Advanced moves: Asking your driver if they like the work is the same as when your boss comes up behind you and asks if you like your job. Thus, the next time you’re in a car, don’t ask your driver if they like the work or how much they are making. Instead, reach out to them as a human and ask them about their day, their family, and their future goals. You may be surprised that you have more in common than you expected. 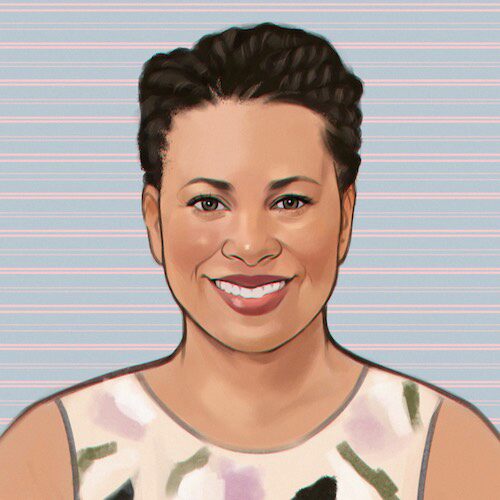 Lindsey D. Cameron is an assistant professor of management at the Wharton School, University of Pennsylvania. Her research focuses on how changes in the modern workplace (e.g., algorithms/machine learning, short-term employment contracts, variable pay) affect work and workers. She is currently studying how the COVID-19 pandemic is affecting gig workers as well as examining how ride-hailing workers on three continents navigate disputes. In her prior career, Lindsey spent over a decade in the U.S. intelligence and diplomatic communities as a technical and political analyst and completed several overseas assignments in the Middle East, North Africa, and Europe. She holds a PhD in Management from the University of Michigan, MS in Engineering Management from the George Washington University, and an SB from Harvard University in Electrical Engineering and Computer Science.