After an illness cut her promising soccer career short, Stephanie McCaffrey talks about starting over and finding herself again in the process.

Stephanie McCaffrey, WG’21, has had an eventful two years.

Earlier this year, the 26-year-old former professional soccer star announced her retirement from a successful athletic career due to a debilitating illness.

“I went from having my body be a superior tool that had driven my entire career to having it be something that was holding me back. All of a sudden, I was much less capable than the average person,” Stephanie said. “That adjustment was pretty hard.”

Since high school, soccer had been her life. She was named to the All-Atlantic Coast Conference First Team twice as a forward for the Boston College Eagles. After graduation from BC in 2015, Stephanie went pro. and later joined the U.S. Women’s National Soccer Team, scoring a goal in her first game against Brazil.

Stephanie was selected fifth overall in the National Women’s Soccer League Draft and played for the Boston Breakers for a year before being traded to the Chicago Red Stars in exchange for four draft picks in 2016.

Stepping Away from Soccer

But, in the spring of 2018, the day before a game against the Houston Dash, Stephanie felt some numbness in her face. She worked with the Red Stars’ medical staff to figure out why and received a diagnosis: a neurological virus that would go on to shut down her entire body. Stephanie worked hard over a grueling few months to regain full health, but eventually, her doctors advised her to retire from professional soccer in March of 2019.

“After a long and trying battle with a neurological illness this year, my doctors, family, and I have decided it is not in the best interest of my health to continue playing professional soccer,” she wrote in a press release at the time.

Stephanie said retiring was one of the hardest decisions she’s ever had to make. Over the following year, she did a lot of soul searching to make peace with her choice.

“During my recovery, I had to figure out who I am outside of soccer,” she said. “It forced me to look into parts of myself that played second fiddle to soccer for a long time.”

Stephanie explained that because professional athletes’ lives are so public, there are “a lot of points of outside validation and reward from things that may be unhealthy.” Social media can amplify the validation. Before she got sick, Stephanie would spend a lot of time reading the comments on her social media accounts.

“I read all of these things that thousands of people were saying about me who I didn’t even know. And then when I got sick, I realized none of that matters,” she said. “I was able to then better understand and embrace my values, thinking about what I actually wanted to achieve as a person and what was important to me.”

This summer, Stephanie started as an MBA candidate seeking a concentration in finance and social impact. So far, she’s been impressed with the experience.

“I’m just completely surrounded by every opportunity you can ever imagine. The academics here are amazing,” she said, adding that outside of class, she’s learned a lot from her classmates.

“It’s just been crazy to me how helpful everyone is. Two of my classmates who are in private equity each took three hours out of their day to help me prepare for a growth equity interview,” Stephanie said. “I’ve just been so pleasantly surprised with how open and generous people are with sharing their experiences.”

She said she’s eager to take advantage of the school’s many student groups as well, having already joined Dorm Room Fund, a student-run venture capital fund to support start-ups, Entrepreneurship Club, and Wharton’s Middle East and North Africa Club (MENA) — a nod to her Lebanese roots.

Wharton is helping her work toward longer-term business goals, she said. She hopes to expand Hidden Gems to every city with an NWSL team, and hire a team to run the non-profit, while she focuses on building businesses that advance causes close to her heart.

“I personally believe that for women, there’s no true equality without financial equality,” Stephanie said. “And I think one of the best ways I can drive Hidden Gems forward and play a role in women’s empowerment is to do something like going into private equity or real estate — traditionally male-dominated industries — and just pull as many women over the fence as possible,” she said. “Wharton provides a great path to getting there.”

As for whether she’ll play soccer again, Stephanie said it’s on hold for now, as part of her recovery, but she could never fully stay away from the game.

“I’m not quite 100 percent yet, but I’m feeling much better,” she said. “And I think part of my emotional recovery from this illness is going to be finding a way to integrate soccer back into my life.” 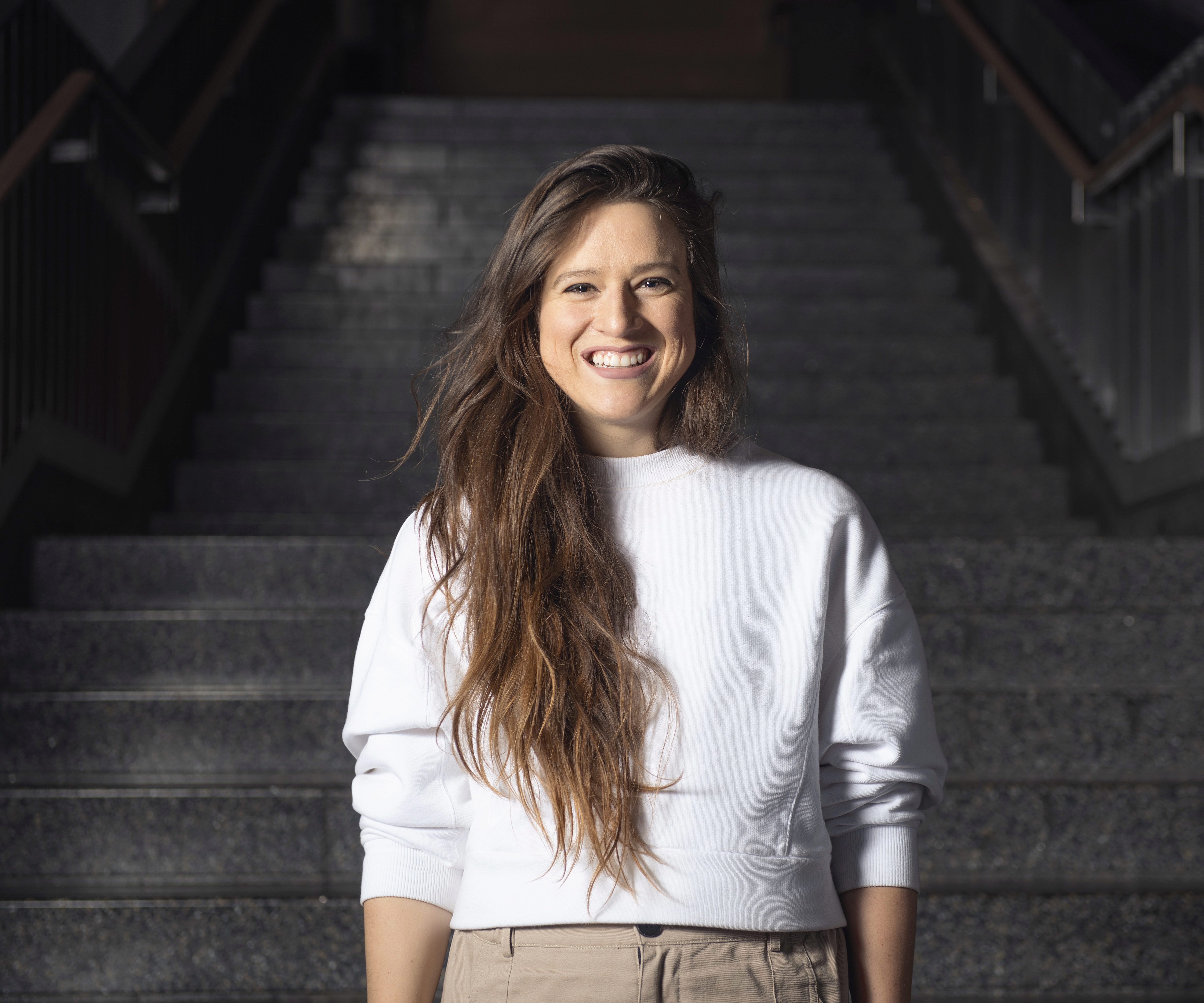