Integrating business knowledge with a liberal arts mindset is helping Dan Ping He, WG’19, towards her goal of enhancing community development through real estate.

Dan Ping He, WG’19, had no prior business background when she arrived at her dream real estate school to get an MBA. As an undergrad, she had studied urban sociology and American cultural studies with the intention of working in community development. “My liberal arts background equipped me well for a successful career in that field,” she said. “I loved traveling and walking around major cities, observing how people interacted with real estate and memorizing architectural works.”

Examining how real estate transformed communities offered a fascinating intellectual challenge for Dan Ping. She brought that passion to Wharton, now with the goal of developing better, more stable communities in which affordable housing can be a part of the overall real estate fabric.

“I chose to pursue an MBA at Wharton because I wanted to round out my liberal arts critical thinking with data-driven and quantitative analytical skills,” she said. Recently, through the Zell/Lurie Real Estate Center career fair, she landed a summer internship at Pennrose Properties to help the company submit a Federal Home Loan Bank Application. In the second week, she saw her nontraditional background work hand in hand with her budding finance skills.

“The CEO sprang an impromptu financial analysis assignment regarding the newly formed Opportunity Zone tax deferral program. My entire team and I had scrambled to complete the project in time to present to his long-time business partners. As we walked into the meeting room, the first thing he did was gesture out the window and ask, “Who is the architect of that building across the street?’ I responded, ‘Louis Kahn.’ He responded in turn, ‘I’m impressed that you know your architects.’”

Post-college, Dan Ping led nonprofit and government community development projects, supporting her hometown residents in financial counseling, neighborhood waterfront resiliency initiatives, and their paid sick leave rights. Her desire to make in impact in affordable housing grew over time, not only through collaborating with affordable housing developers as a professional, but also because she had experienced the benefits of stable, low-income housing herself.

“I was born and raised in New York City, and I lived all my life in public housing until I was a working professional,” she said. “I’ve gotten to witness and experience first-hand how rapidly a city can change, and how many stakeholders can feel they fit differently inside or outside of that change.”

It was a “natural progression” for Dan Ping to move from nonprofit community development to for-profit real estate. “I’m from a field of work where stable housing can do so much for entire communities — and also entire retail and business communities,” she explained. “It all works together.”

She’s currently in “sponge mode,” trying to absorb as much as she can. Her favorite class so far has been Real Estate Investments with Assistant Prof. Benjamin Keys, which was as formative as it was illuminating. On the more qualitative side, she’s taken urban planning courses at the Design School, including Progressive Development with Prof. John D. Landis. Someday, she’d like to tap into Wharton’s global network and explore international social housing.

As a first-generation college and graduate student, Dan Ping is keenly aware of how simple foundations can impact individuals and greater communities. For eight years, she volunteered and assisted with managing New York’s Chinatown Youth Initiatives. At Wharton, she’s a Diversity Admissions Fellow and a member of Return on Equality, the school’s student initiative for diversity and inclusion.

She believes that “people matter, at all levels, when it comes to real estate.”

“I think, historically, people living in low-income or affordable housing have felt their voices were unheard or unimportant, or that they should just be grateful to have housing at all. But we’re at a place now politically, socially, and culturally, where not just public agencies care about what residents say, but for-profit developers also care about what low- or moderate-income residents have to say.”

“I was never satisfied that it was just the role of the city or the role of the nonprofit to make affordable housing,” she said. “I think there’s a balance between how to best serve people’s interests and business interests.” 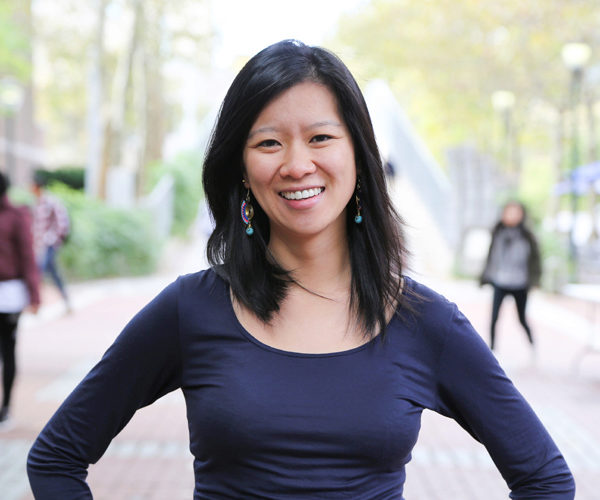 Dan Ping on being an MBA with a nontraditional background:

Classmates often ask me if an MBA degree is the complete opposite of a liberal arts degree — they’re very similar!

My time at Wharton has required me to use my interdisciplinary analysis skills and has also enhanced them. I started school with a specific interest in affordable housing development; after meeting many classmates and alumni passionate about other asset classes (office, retail, industrial, and hotels), I now appreciate real estate as an ecological system. I work with Prof. Asuka Nakahara on real estate technology and its potential for disruption. One day I’m in Central Bank Policy Decisions class wondering why I’m learning about interest rates and quantitative easing; the next day I’m in an International Real Estate Investments in Emerging Markets class utilizing concepts from my Central Bank class and feeling passionate about international real estate development.

Every step along the way, I’ve had classmates and professors support or challenge beliefs I’ve held since before business school because of my non-traditional background. Whether its chatting with my boss about modernist architects or having a classmate explain his passion for private equity at-length, my MBA learning experience has been a natural extension of my liberal arts training.