“This level of education changes the way you think about the world. It doesn’t just have career implications, it has life implications,” said Cory Halbardier, WG’19.

After spending most of his sales career in the solar industry, Cory Halbardier, WG’19, came to Wharton’s MBA Program for Executives program to gain the skills necessary to transition to general management.

“Everybody in my professional circles worked in the solar industry, and I wanted to understand and gain exposure to other industries,” he said. “I also wanted to be able to manage people in other functional areas.”

So, he began researching programs. A former colleague, who was the CEO of a global energy company, recommended Wharton’s executive MBA program. “He advised that if I was going to spend the time and energy on an MBA, then I should go to the best of the best,” recalled Cory.  “He explained that Wharton professors are world renowned and would challenge me to think about the world in new ways. I would learn from high caliber students, and the program would open up new opportunities.”

As Cory looked into Wharton’s MBA Program for Executives, he liked its quantitative focus. He said, “I’m an engineer and Wharton’s emphasis on quantitative subjects resonated with me. I also liked the beautiful San Francisco campus, which was only 30 minutes from my home.”

The Keys to Finding Balance

Cory’s biggest concern was how he would juggle everything, including his four kids.

“I had to think through what would change in my life. I had a handful of hobbies that I enjoyed like fishing, making beer and wine, and woodworking. I decided to set those on the shelf during the program to prioritize school, work, and family,” he said.

Cory carved out special time with his kids. “I set up an evening to spend time with each kid every week, and then on Saturday night to Sunday night, I spent that time with my children without any schoolwork. And I made time to spend with my fiancé about once a week, who I met during the second year of the program and married a few weeks after graduation.”

He also credits his learning team with his ability to find balance. Cory explained, “Being part of a group made it a lot easier because everyone was there to support each other. If someone had to travel or had a family emergency, we stepped up to help that student. And when they had more time, they stepped up to help other team members. It made the ebbs and flows of life work out more smoothly and forged lifelong friendships.”

Why Juggling is Worthwhile

All of his juggling was worth it. He said, “I have a much more holistic view of business now. I understand things like why job reports matter and the impact of the stimulus package in the long term, as well as business valuations. I can look at the impact of operations on supply and demand and make better decisions about improving efficiency.”

The business valuation knowledge has been especially helpful, noted Cory, who was involved in helping to sell his former business. “I learned about the mechanics of this type of transaction and could participate in appropriately transitioning the business to the buyer.”

In addition to business knowledge, he also gained a global perspective. Cory took several Global Modular Courses that took him to cities such as Tokyo, Hong Kong, Shanghai, São Paulo, Medellin, and Bogota. At each location, students met with 15-25 different business and government leaders to understand the context in which they operate.

He points to São Paulo as an example. “We learned how Brazil has exceptionally high interest rates. If you want a personal loan, you may pay more than 150 percent interest. If I read that fact in an article, I might not believe it. But going there and researching it for a paper afterward, gave me a much deeper understanding of the business environment in Brazil. Another company we visited had 180 people on their finance team, with 90 of them just handling sales tax, which is a big problem. These are important things to understand if you want to start a business there.”

As he looked for his next opportunity after the sale of his prior business, Cory utilized the Wharton network. “I connected with people from Wharton’s MBA for Executives program as well as other Wharton alumni. For example, I emailed a Wharton alumnus who heads a large private equity company. He immediately replied and helped set up a meeting with his co-worker. That says something about the power of this network. That network includes all of the business and government leaders I met in the Global Modular Courses too.”

Cory recently joined property technology developer Veev as head of sales for the accessory dwelling unit business. “I’ll be building out the sales team to go after this very hot market,” he said.

He also is utilizing opportunities for continuing education in the EMBA program, as alumni are welcome to audit electives for free after graduation. So far, he has audited a cost management class as well as participated in webinars with faculty and alumni experts. For example, he recently participated in a webinar on the current pandemic and its impact on the economy with the CEOs of J&J and Wealthfront, and the managing director of Apollo.

Looking back, he tells incoming students: “It’s difficult, but if you commit to the program then you can succeed. Just put one foot in front of the other and break up the program into two-week sprints. I never thought beyond the next Friday to make it more doable.”

He added, “It’s also important to know that it’s worthwhile. This level of education changes the way you think about the world. It doesn’t just have career implications, it has life implications.” 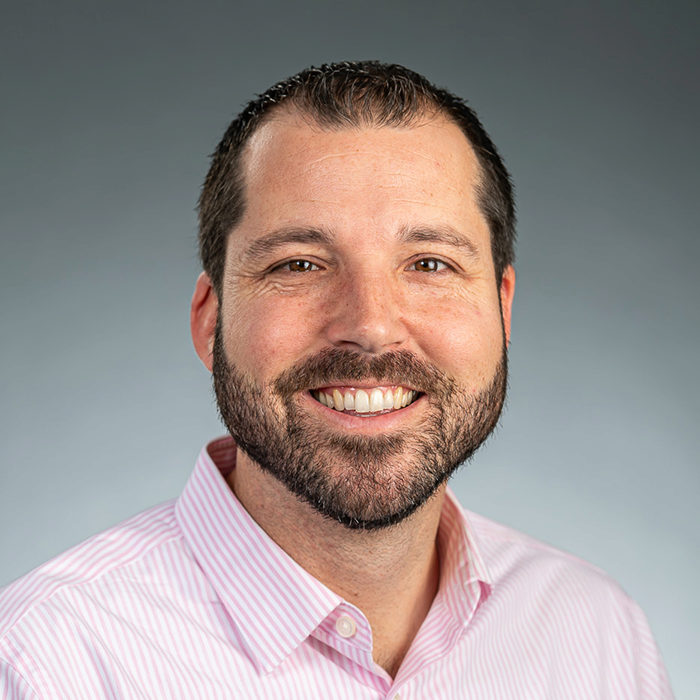 Based In
San Mateo, CA